Red lentils are delicious, healthy, and super easy to prepare. Read on to find out everything you need to know in order to get cooking with red lentils!

Red lentils are a favorite staple food in my kitchen. While I love pretty much every variety of lentil, red are my favorite, in part at least because they’re so quick and easy to cook.

But if you’re new to cooking with red lentils you might be in for some surprises. They cook up differently from other varieties of lentils, so you’ll need to adjust your methods and expectations a bit.

Red lentils are a smaller variety of lentil that’s actually pretty orange in color (despite their name!). And to make things even more confusing, they tend to turn to a paler, more yellow shade when cooked.

You’ll find red lentils in many types of cuisines, from Mediterranean to African to Indian.

Red lentils are sold as dried lentils and might be found in a few different sections at grocery stores, including the bulk section, with other dried legumes, or in the International aisle, where it might be labeled as masoor dal (if the brand is Indian).

One thing to keep in mind that you don’t see too often with other types of lentils is that red lentils are often found in both split and whole varieties, and which type you’re getting isn’t always obvious! Some brands will indicate on the package whether the lentils contained within are split, but many don’t. In order to figure out which type you’re getting you might need to look closely at the lentils themselves.

In the photo above you might be able to see that the lentils on the left, which are whole lentils, all have a bit more thickness to them, and more rounded shapes. The red split lentils on the left are slightly thinner because they’ve been sliced in half.

Red Lentils vs Other Varieties

Many varieties of lentils can be used interchangeably in recipes, but red lentils are an exception. This is because red lentils have a much softer texture than other types. In fact, they break down and fall apart when they’re cooked.

Whereas most lentil varieties hold their shape when cooked, red lentils turn super soft and mushy, which may not sound that great, but is actually awesome for making hearty soups and stews.

Red lentils also have a shorter cooking time than many other varieties. Brown and green lentils can take as much as 45 minutes to cook. That’s a long time compared to the short 15 minute simmer needed for red lentils!

Red lentils have a mild, slightly nutty flavor as compared to the earthy flavor you’ll find in other popular varieties such as black lentils, brown lentils or green lentils.

Tip: Yellow lentils are the only variety that cook similarly to red lentils and take about the same amount of time. So feel free to substitute yellow lentils for red when using the cooking method outlined in this post!

How to Cook Red Lentils on the Stove Top

First and foremost, rinse your red lentils by placing them in a fine mesh strainer and giving them a good douse with cold water. Pick out any odd looking lentils or foreign objects like stones when you do this.

Place your rinsed lentils in an appropriately sized saucepan with water. For stovetop cooking use 2 ½ cups of water for every cup of lentils you’re cooking. This will yield about 2 ½ cups of cooked red lentils. Multiply as needed for additional servings!

Make sure you’ve got plenty of room in your saucepan. I generally use a 1 quart saucepan if I’m cooking a cup of dry lentils, and go up from there. In any event, make sure you’ve got a few inches of room at the top to prevent your water from boiling over.

Place your lentils and water over high heat and bring the water to a boil, then lower the heat and let the lentils simmer, giving them an occasional stir.

Keep about 1 cup of hot water on hand while your lentils simmer. Add a bit of it to the pot only if the mixture in your saucepan becomes too dry while it cooks.

After about 15 minutes, your red lentils should have broken down completely and formed a creamy mixture with the water they’ve absorbed. They’re done!

Tip: If you’d like them to thicken a bit, just let your red lentils sit for a couple of minutes.

As with the stovetop method, you’ll want to make sure you rinse and remove any foreign objects from your red lentils before cooking them.

Add your red lentils to your Instant Pot with water. Use 2 cups of water for every 1 cup of red lentils. We’re using less water here because we won’t have much water evaporating when using a pressure cooker.

Secure the lid on your Instant Pot and set the valve to the sealing position. Press the manual or pressure cook button, making sure the pot is set to cook on medium pressure. Set the lentils to cook for 10 minutes.

After 10 minutes, carefully move the valve to the release position and allow the pressure to release. Once the pressure has fully released, remove the lid and stir your red lentils. They should have a soft and creamy texture.

On occasion you might find that you cooked your red lentils according to a recipe or the method above, but they still have a firm texture. There are a few reasons this might happen.

Red lentils are pretty bland on their own, so you’ll want to add some seasoning. I recommend following one of the recipes at the bottom of this post, but if you want to get creative, try a few of the following:

Tip: Try cooking your red lentils in vegetable stock instead of water. This is an easy way to add flavor!

Leftover cooked red lentils will keep in an airtight container in the refrigerator for about 4 days, or in the freezer for about 3 months.

Do red lentils need to be soaked?

No, red lentils do not need to be soaked before cooking.

How long do red lentils take to cook?

Red lentils only take about 15 minutes to fully cook on the stove, or 10 minutes in the Instant Pot.

Do I need to drain the cooking liquid from red lentils?

Not if you used the right amount of water. Because red lentils break down when they cook, they can be difficult to drain. The best way to cook red lentils is by using a small amount of water when cooking them, then adding more if it dries up. By the time the lentils are done they will have (hopefully!) absorbed it all. If you do have excess water, make sure to drain it using a fine mesh strainer, otherwise you might lose some of your lentils! 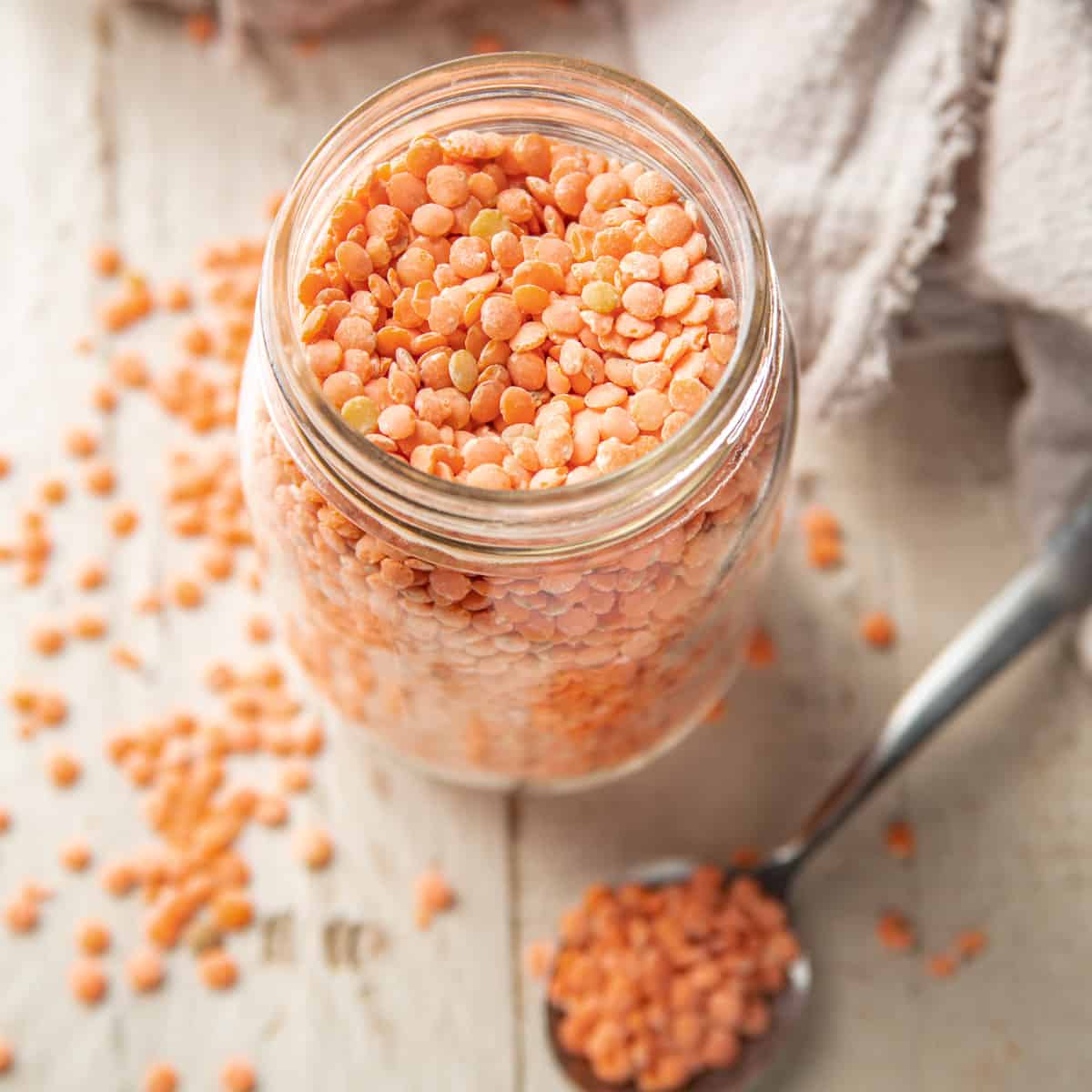 How to Cook Red Lentils

Red lentils are delicious, healthy, and super easy to prepare. Read on to find out everything you need to know in order to get cooking with red lentils!

How to Cook Red Lentils

The Best Vegan Diet For Bodybuilding 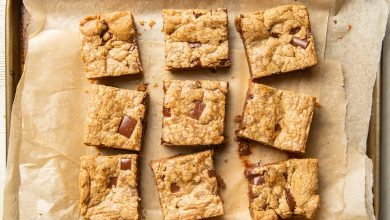 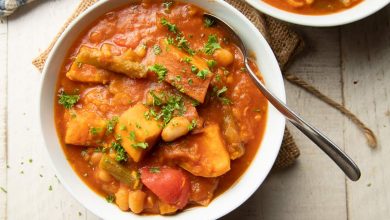 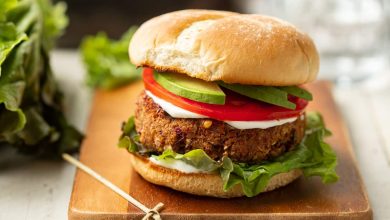 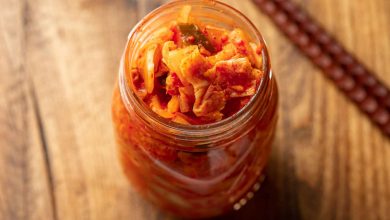