Subtly sweet, ooey, gooey, and bursting with crunchy pecans, this vegan bread pudding is super easy to make and even easier to eat! Top with a scoop of vanilla ice cream for an amazing dessert that you’d never guess was egg and dairy-free.

“That’s how I feel about bread too!” was my response.

I love bread. The food, I mean. The song was okay I guess. I can’t remember. I got to thinking about bread (the food), so I kind of zoned out while the song was playing.

The universe heard my plea, because baby, I’m-a got a freezer full of bread. I keep making bread and then find that my small household can’t quite finish off a loaf before it starts to get old.

Conventional bread pudding is heavy on eggs and dairy, so it seems like it’d be a tough dish to veganize, but it’s not! We’re using a mix of non-dairy milks to create a creamy base, then we’ll thicken it up with cornstarch, which works great as an egg substitute in recipes like this one.

Tip: If you only have fresh bread on hand, just break it into pieces according to the recipe and place them in the oven at a low temperature to dry out for a few minutes.

Tip: This bread pudding is meant to be subtly sweet. If you like a super sweet pudding, feel free to use extra maple syrup. And if you’re not sure, taste test the coconut milk mixture after it’s cooked, and then add extra sweetener to taste.

You can store vegan bread pudding in the original baking dish, covered tightly with plastic wrap, or slice and transfer it to an airtight container. Either way, it will keep in the fridge for 3 to 4 days. If it’s in an airtight container it can be frozen for up to 3 months.

I’m guessing it would be fine with gluten-free bread, but honestly, I don’t have much experience with the stuff, so no promises.

Where can I find vegan bread?

Most store bakeries will have at least one variety of bread that’s vegan. Just check the ingredients or ask an employee! You’ll find that many French, Italian, and sourdough loaves are vegan. 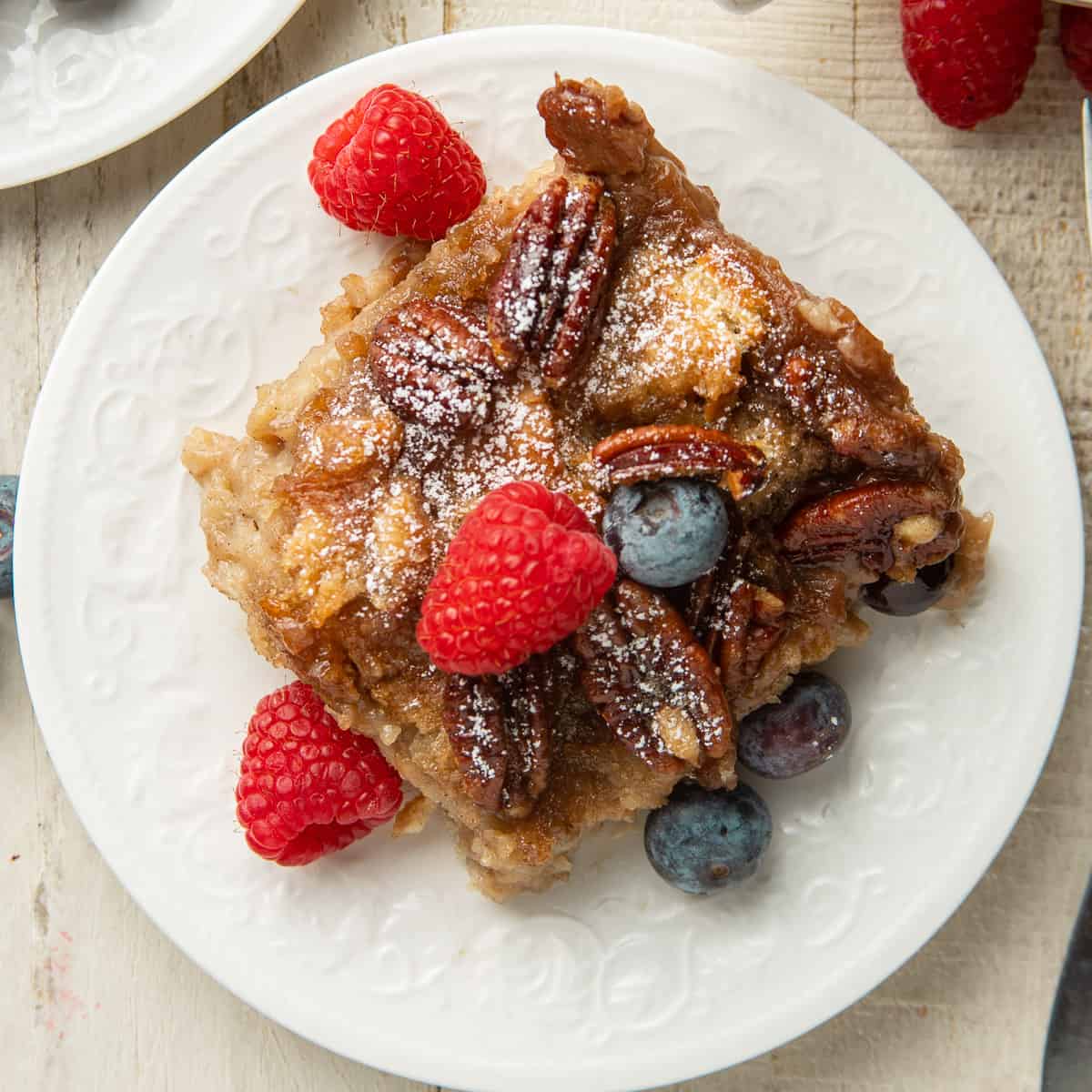 Subtly sweet, ooey, gooey, and bursting with crunchy pecans, this vegan bread pudding is super easy to make and even easier to eat! Top with a scoop of vanilla ice cream for an amazing dessert that you’d never guess was egg and dairy-free. 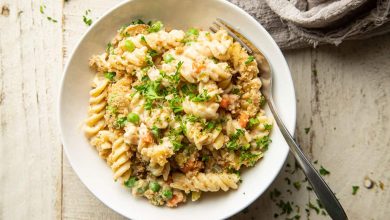 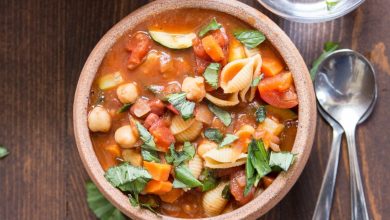