These vegan snickerdoodles are sweet, buttery, and flavored with a touch of cinnamon. Soft or crispy (depending on how long you bake them), they’re easy to make and perfect for dunking!

Believe it or not, I still have a stash of recipe printouts from my middle school cooking class. Every now and then I get inspired to dip into that stash and veganize one of them. Just recently I decided snickerdoodles would be a nice one to make — they were always a favorite!

Well, wouldn’t you know it, my vegan snickerdoodles came out better than the originals. SO GOOD! These suckers were soft and buttery and loaded with cinnamon sugar flavor.

How to Make Vegan Snickerdoodles

See how easy that was? They really are the BEST vegan snickerdoodles! I love enjoying my cookies with a cup of tea.

Vegan snickerdoodles will keep in a sealed container at room temperature for about 3 weeks, or in the freezer for about 3 months.

I’m afraid I’m not sure! I suspect that a gluten-free flour blend would work, but I can’t say for sure without trying.

Why didn’t my snickerdoodles crack?

Snickerdoodles normally puff up during baking, then fall a bit when they come out of the oven. If they didn’t crack, it means they didn’t rise, probably due to your baking soda being old. Test it by sprinkling a bit in a glass of vinegar. If it doesn’t fizz, it’s time to replace it. It’s also possible that your oven didn’t get hot enough — check the temperature with an oven thermometer.

How can you tell when snickerdoodles are done baking?

Snickerdoodles will puff up towards the end of their bake time. When they’ve been puffed for a few minutes or are starting to come down, they’re done. Take them out of the oven promptly for soft, chewy cookies (they’ll seem like they’re not done, but will continue to set as they cool), or cook them for a minute or two longer for crispy cookies. 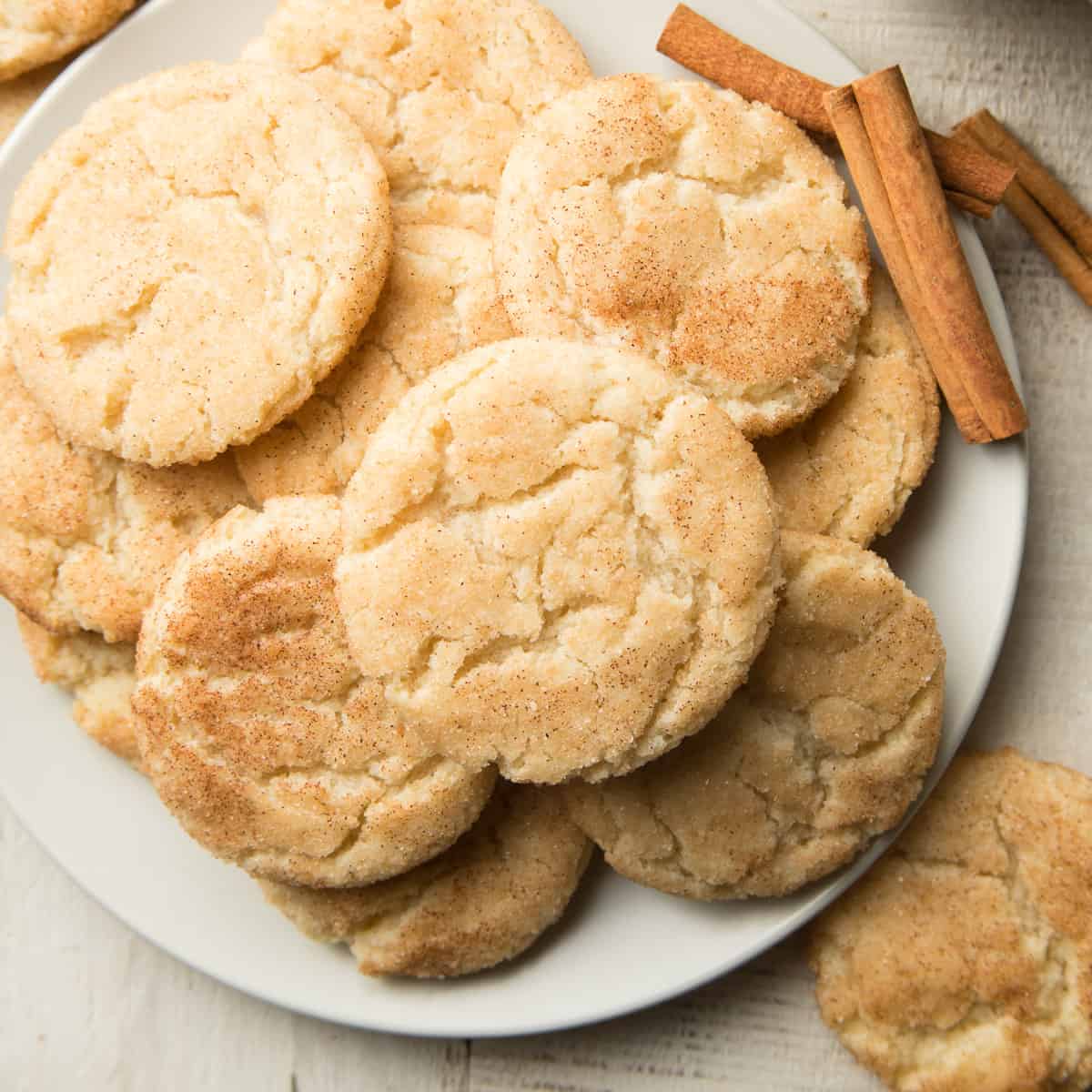 These vegan snickerdoodles are sweet, buttery, and flavored with a touch of cinnamon. Soft or crispy (depending on how long you bake them), they’re easy to make and perfect for dunking!

For the Cinnamon-Sugar Coating

Is a VEGAN DIET really HEALTHY?