This flavor-packed vegan stuffing will steal the show! Made with crusty sourdough bread and savory herbs, this scrumptious and easy to make side dish is a must-have at your holiday table.

Stuffing seems to be the popular favorite among holiday side dishes. I’ve gone many-a-Thanksgiving without stuffing though, because while it’s easy to make vegan a meal out of lots of Thanksgiving sides, stuffing is usually cooked in the turkey.

So I set out to create a killer vegan stuffing — one that would be my favorite side dish and everyone else’s too! One that would have all the non-vegans at the table ditching their turkey-fied stuffing in favor of the plant-based stuff.

Well, I did it! As a testament to how good this stuffing was, I’ll tell you that I was totally ready to make an entire meal of it. My husband talked some sense into me and we ended up eating it with salad and Field Roast sausages.

How to Make Vegan Stuffing

The following is a detailed photo tutorial on how to make this dish. Scroll all the way down if you’d prefer to skip right to the recipe!

Assemble the stuffing (up to step 18 of the recipe) up to a day in advance, cover, and refrigerate. Bake the stuffing on the day of serving. 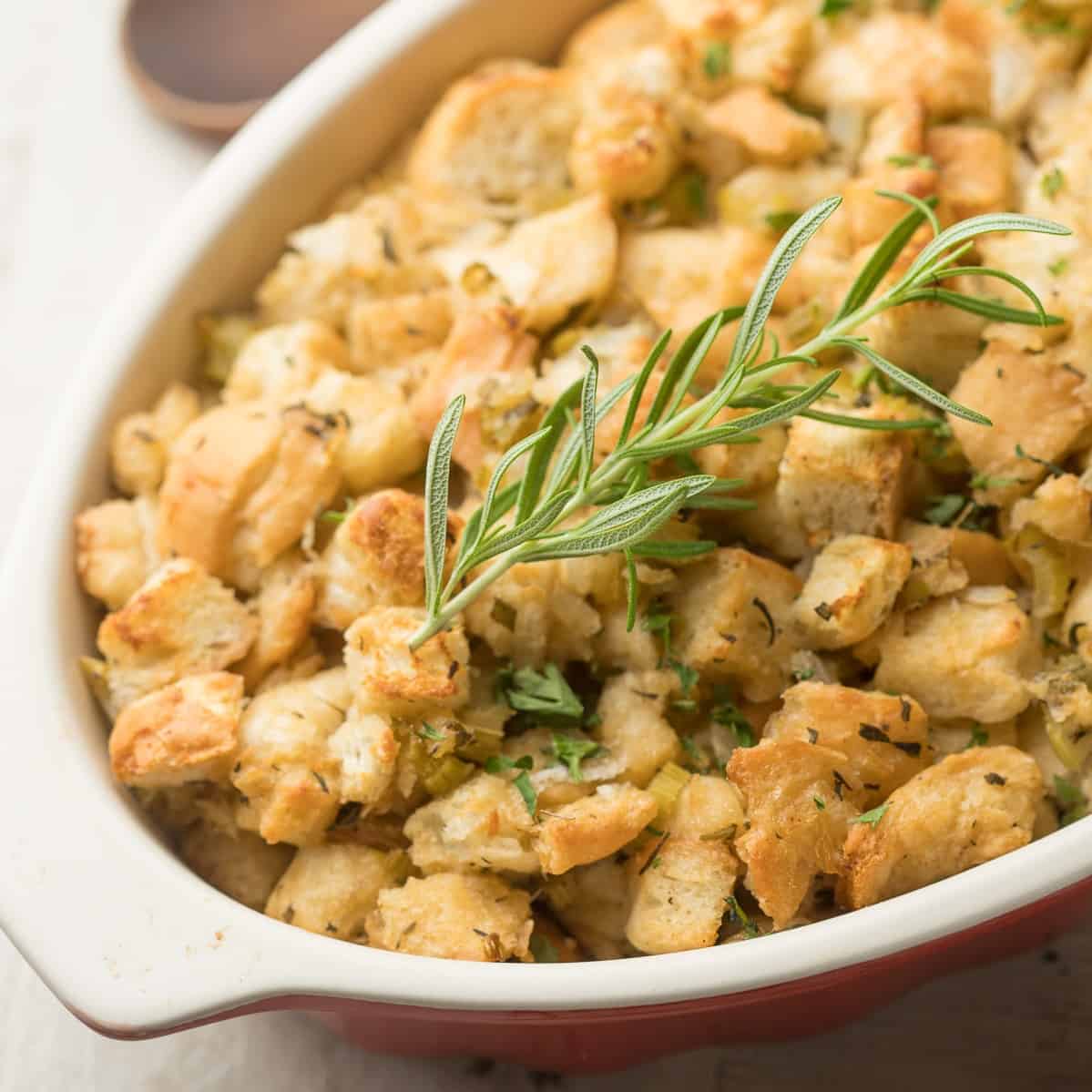 This flavor-packed vegan stuffing will steal the show! Made with crusty sourdough bread and savory herbs, this scrumptious and easy to make side dish is a must-have at your holiday table.

*You could alternatively cut your bread up a day or two in advance so that it dries out, then skip steps 1 to 3 of the recipe. 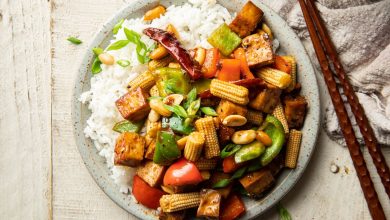