These vegan Philly cheesesteak sandwiches are easy to make and even better than the real deal! Made with crispy pan-fried seitan, Italian long hot peppers and onions, smothered in dairy-free cheese sauce, they’re loaded with flavor and packed with protein!

I’m from Philadelphia, so this was bound to happen eventually. I mean, it does make me an expert on Philly cheesesteaks, right? I modeled these delectable vegan cheesesteaks after my favorite greasy sandwich from my favorite south Philly steak shop.

If you have leftover vegan Philly cheesesteak filling, it will keep in a sealed container in the fridge for about 3 days.

Can these sandwiches be made gluten-free?

Seitan is primarily composed of wheat gluten, so you’ll need to find a substitute for it. Butler Soy Curls (soaked in some very flavorful broth) could work, or you can borrow the technique used in my vegan French dip sandwich recipe and use portobello mushrooms. You’ll also need to use gluten-free rolls and gluten-free tamari in place of soy sauce.

Are these sandwiches spicy?

Italian long hots are pretty mild as far as hot peppers go, so they only add a slight kick. Feel free to leave them out for milder sandwiches. 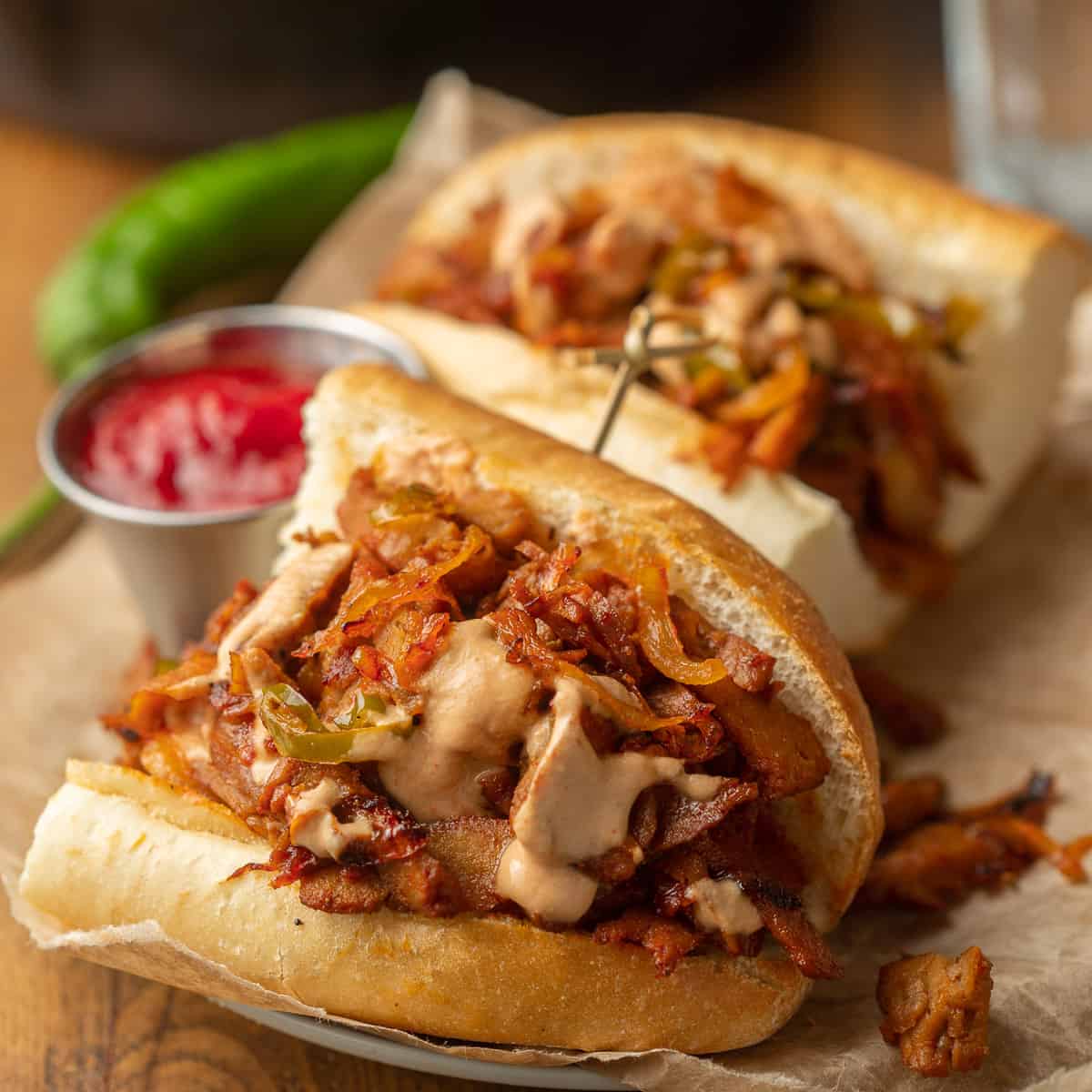 These vegan Philly cheesesteak sandwiches are easy to make and even better than the real deal! Made with crispy pan-fried seitan, Italian long hot peppers and onions, smothered in dairy-free cheese sauce, they’re loaded with flavor and packed with protein!

Nutrition information does not include cheese sauce, because it will vary depending on what variety of cheese sauce and how much you use.

Amount Per Serving (1 sandwich (without cheese))

Reversing Diabetes in 2 Weeks on a Vegan Diet!

DIET FOR DIABETES - 5 TRADITIONAL INDIAN FOODS FOR PEOPLE WITH DIABETES